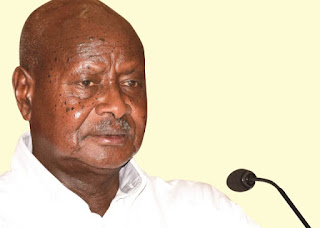 Last week, I accepted to join a whatsapp chat group of Ugandan “intellectuals”. The administrator told me that it discusses “serious issues.” I therefore thought here was an opportunity to engage Ugandan intellectuals on the challenges facing our country and continent. Uganda’s ills are closely interconnected with Africa’s. Indeed the whole of sub Sahara Africa suffers a similar development predicament – a common condition of poverty and poor public goods and services. So discussing any one country’s problems in isolation does not provide a clear picture.


But alas, except for a few people, perhaps five or six, the rest of the posts were the usual pedestrian arguments. Our “intellectuals” explain every problem of Uganda as caused by President Yoweri Museveni. For activists and partisan political warriors, this is understandable. In politics, it makes sense to identify a villain in form of a person to whom one can attribute all the problems to. This is because the aim is clear – to get rid of him. Not for intellectuals.

For example, the problems that bedevil Uganda are common across most nations on our continent and Museveni is not president in all of them. Besides, a lot of the criticisms we make of Museveni – his penchant for militarism, the gross corruption and incompetence of his government, his nepotism and tribalism, suppression of his opponents, and his desire to cling to power till death etc. are the very ills he used to accuse our former presidents Milton Obote and Idi Amin and other African leaders of. How and why did he come to repeat the very ills he saw in his predecessors?

It is not only Museveni. Any one of the aforementioned problems has been recurrent in almost every government over the last six decades. Yet since independence our continent has had 278 heads of state and government in 46 nations. Governments have come and gone; political systems have changed from civilian to military rule, single party to multi party or no party, one strong man to collegial governments, revolutionary armed struggle to popular insurrectionist governments. But these problems have remained.

Almost every African leader – whether democratically elected politician, nationalist leader for independence, revolutionary hero of an armed struggle, successful civil insurrectionist, military coup maker or peaceful successor to the death of an incumbent president – has come to power promising to fight and end these problems. At the risk of being accused of painting Africa with too broad a brush, each one of our leaders, with a few exceptions (which are themselves contested by their opponents), has ruled and left power being accused of practicing them.

Therefore, the problem must be much more than the character or competences of individual presidents, the nature of the political system or the way leaders come or leave power and the length they serve. If only 20% of our countries for 20% of the time were characterised by these ills, we would say our continent has a political problem. If 30-40% of our countries for 30-40% of the time suffered from these ills, we could say Africa has a serious political crisis.

But when 85-95% of the nations for 85-95% of the time are burdened by corruption, tribalism, dictatorship, incompetence, nepotism etc. and when the problems remain persistent in spite of 278 changes of presidents, and when these problems seem impervious to changing political systems, then the causes must have deep structural roots.

We have had enough time to begin an entirely new conversation about governance in Africa. May be it is time to break the chains of the intellectual diet we have been fed on for far too long and begin to question the assumptions behind our arguments.

So my posts on the chat group were meant to provoke people to think out of the box, to question received wisdom. Someone on the chat-group posted that Africa’s problem is war. But if we are backward because of wars, how come Europe, which has had worse wars than Africa, especially the First and Second World Wars, sustained rapid industrial transformation in spite of these devastating wars? Instead these wars spurred innovation and hastened the process of transformation, the destruction wrought only a temporary interlude.

Some people blamed corruption, favoritism and arbitrariness of our leaders as the cause Africa’s developmental crisis. I posted that South Korea under the joint American Military Government and President Sigmund Rhee (1946 to 1960) indulged in wholesale confiscation of Japanese properties – land, factories, banks etc. (Japan had been the colonial master and withdrew upon its surrender in 1945). Why did South Korea’s confiscations not harm that country the way we are constantly told that Robert Mugabe’s in Zimbabwe have done and Idi Amin’s in Uganda did?

Park Chung Hee, the president who presided over the industrial transformation of South Korea, was arbitrary. He confiscated the properties of businesspersons he did not like and handed them to his cronies or the state. In some cases he handed over poorly performing state enterprises to his cronies who financed his politics, publicly executed some businesspersons, restricted foreign direct investment, presided over high inflation averaging 19.2% and declared martial law to avoid elections. Yet in spite of this, and in many cases because of it, his country enjoyed the fastest industrial transformation of any society in recorded history.

I also asked: how come South Africa under apartheid, just like Rhodesia (now Zimbabwe) under the Unilateral Declaration of Independence, where the majority were excluded from politics and the economy, were rapidly industrialising and are now de-industrialising after gaining freedom? How come America industrialised alongside genocide of Native Americans and discriminating against women and African Americans? How come we cannot find a country in history that was a liberal democracy and it enjoyed rapid industrial transformation. Democracy seems to have been the consequence, not a cause of industrialisation.

All I got from our Ugandan “intellectuals” for these questions is that I am trying to justify Museveni’s crimes. Essentially, no argument can be seen outside the spectrum of Museveni.
This focus on individuals has led Africa to embrace one hero after another, change of personnel in government without changing the underlying structural constraints. With intellectuals like these, we can see why Uganda (and Africa) is stuck. The one lesson even a child of six can draw from Uganda’s challenges is that Museveni is not the cause of the problems of Uganda. Rather he is the product and reflection of the problems of our country, a subject I will return and demonstrate in another column.

Posted by Independent UG at 6:02 AM