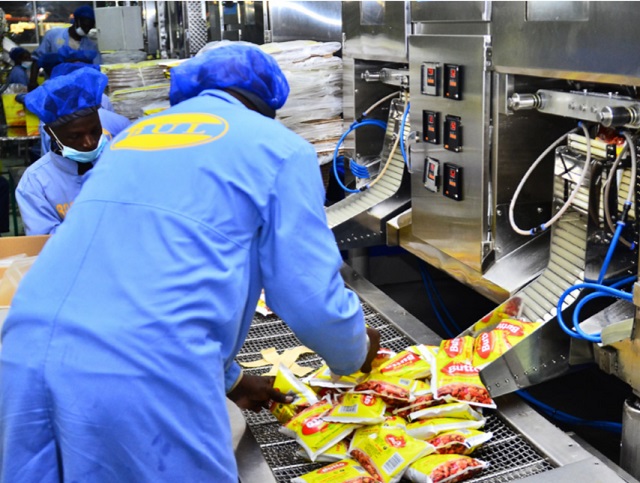 THE LAST WORD | ANDREW M. MWENDA | Game theory has the concept of the “Prisoner’s Dilemma.” This refers to a situation where two members of a criminal gang (John and David) are arrested by the police and held in two separate rooms. The police have scanty evidence to convince the judge to convict each of the prisoners to a maximum sentence of ten years. If both remain silent, the police can only secure a conviction of one year for each one of them. But if both of them choose to cooperate with the police, each will serve a sentence of five years. If one decides to cooperate with the police and the other refuses, the one who cooperates walks away scot free, the other serves ten years.

Tweet
Read more »
Posted by Independent UG at 2:55 AM No comments:

THE LAST WORD | ANDREW M. MWENDA | For some strange reason(s), President Yoweri Museveni has a very hostile attitude towards Umeme, Uganda’s main electricity distributor. Sources say the president has sworn never to renew their concession when it expires in 2025. This is in spite of the fact that during negotiations between him and Umeme, both sides agreed to solve the most contentious issue in the concession – the Rate of Return (ROR) to the investor. In the current concession, Umeme’s ROR is 20%. In the meeting with Museveni, I am reliably informed, Umeme agreed to cut it down to 10%.

Tweet
Read more »
Posted by Independent UG at 2:54 AM No comments:

On America’s sense of self

THE LAST WORD | ANDREW M. MWENDA | Rolling Stone magazine in the U.S. published a story claiming former president Donald Trump wanted to close every embassy in Africa. This is revealed in a new book titled A Sacred Oath by Mark Esper, a former U.S. secretary of Defense under Trump. “Shut down all the embassies in Africa,” Esper quotes Trump as directing, “Bring our people (US diplomats) home.”

Tweet
Read more »
Posted by Independent UG at 2:52 AM No comments:

THE LAST WORD | ANDREW MWENDA | Whatever its critics say, capitalism remains the most consequential system (and ideology) of organising human affairs in history. Born in Western Europe, it has spread across the world, as Karl Marx predicted, through the continual process of destruction and replacement of precapitalist social structures. Except for North Korea that is holding out against its power and allure, the rest of the world is hooked onto capitalism – including Cuba that is now embracing it, albeit slowly. Of course, in many parts of the world, some traditional structures have proved obdurate.

Tweet
Read more »
Posted by Independent UG at 8:09 AM No comments:

The real problem with Vinci

THE LAST WORD | ANDREW M. MWENDA |  There is a fundamental problem with Enrica Pinetti, the “foreign investor” behind the controversial Vinci Coffee Company. She is also the promoter of Lubowa Hospital. She has been given contracts to build some roads without any competitive bidding. Pinetti seems to enjoy the confidence of President Yoweri Museveni. But rather than use such an asset reasonably, Pinetti negotiates deals that are harmful to the Ugandan taxpayer. But worse still and as a consequence, she has a habit of arrogantly dealing with public officials and agencies that provide oversight on government contracts. She hurls insults and abuses at them, treating them as a house helps. Consequently, she (for now) seems above the law.