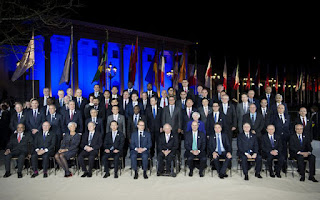 
THE LAST WORD | Andrew M. Mwenda | The International Monetary Fund (IMF) has 187 countries in its list of nations whose Gross Domestic Product (GDP) it captures. Of these, 39 are listed as “Advanced Countries” (AC) and only five of them – Singapore, Japan, South Korea, Taiwan and Hong Kong are none European. Taiwan and Hong Kong areprovinces of China and Singapore is 76% ethnic Chinese. All the other AC countries are European and its offshoots in North America (the United States and Canada), and Oceania (Australia and New Zealand) – plus Israel in the Middle East. That means only three ethnic groups – Chinese, Japanese and Koreas from one cluster of this globe, East Asia, have made the transition that Europeans made.


The World Bank measures the GDP of 175 countries. It has 33 countries in the Organisation for Economic Cooperation and Development (OECD) category – the equivalent of the IMF’s ACs. Of these, only Japan and South Korea are non-European in origin. The only country missing in the IMF list but is listed among OECD nations is Chile from Latin American, which is also an offshoot of Europe. The third category is a club of 29 countries that constitute the Development Assistance Committee (DAC) of “donor” countries. This excludes Chile. DAC nations constitute the Paris Club and includeBrazil, which itself is an offshoot of Europe.

Nations that grow rich by simply exploiting God’s (or nature’s) bounty in form of a rich mineral endowment do not make it to this league even when they have high per capita incomes like Qatar, Oman, Saudi Arabia, United Arab Emirates, Kuwait, Brunei etc. The basis for being categorised as an AC is the ability to develop largely through innovation, which is a function of human capital.

The next country expected to join the league of ACs is China between 2025 and 2029 depending on its rate of growth. China is already the largest economy in the world in Purchasing Power Parity (PPP); its GDP at $23 trillion is larger than the USA’sat $19 trillion. The current success of China could have been predicted in 1978 when it adopted a market based economy. This would only have been done by simply looking the record of ethnic Chinese elsewhere in the world where they lived in market economies.

What does this tell us about the drivers of transformation? Karl Marx would argue that it is the penetration of capitalism in the social tissue of these societies that explains it all. This is true, but only partly. Many nations of Africa, South Asia and Latin America have had capitalism for more than a century yet they are still poor. So capitalism is necessary but not sufficient to bring about transformation.

The younger President YoweriMuseveni used to say that in Africa, our poor performance is due to “leaders who cling to power.” His critics today agree. But Nigeria has changed leaders 15 times during its 58 years of independence. None of its presidents has ruled continually for more than eight years. It has also had capitalism for all its life. Yet it is still poor. So, Museveni (on longevity of leaders) and Marx (on capitalism) are not entirely correct.

Many “experts” on Africa would blame corruption.However, China is a very corrupt country today. Yet its transformation is unmatched. South Korea was characterised by very high levels of corruption during its intense period of transition from a poor agrarian society into a rich industrial nation that many nations of Africa have not seen. Indeed, Rwanda today has a very honest government and an effective state but it is not innovating new technologies or manufacturing automobiles, semiconductors and microchips.

So what explains rapid economic transformation? I think it is human capital – plus. Human capital is a very complex concept. Economists use the average years the population of a given country has spent in formal schooling as a proxy for levels of human capital development. I treat human capital in broader terms to include trust within a society, people’s work ethics and shared mentalities (a very broad term). Transformation needs a particular “social brain” (some collective consciousness among a people) to happen.

Once the social brain of a society is properly wired for trust and cooperation, an infusion of capitalism with a very small dose of good leadership can drive transformation. To this we can add such factors as geography and geopolitics.This of course raises other questions. What explains the ability of certain people to handle “hard subjects” like mathematics, engineering, physics etc. which drive the kinds of technological innovations that are transforming the world? Russiahas proved capable of producing sophisticated technologies including space exploration but not an innovative economy. Why?

North Koreais one of the poorest countries in the world with a Gross Domestic Product (GDP) of $17.4 billion in nominal dollars. This is smaller than many nations of Africa including Uganda, Ghana, Ethiopia, Zambia, Kenya, Tanzania, Cameroon, etc. Yet North Korea is able to make nuclear weapons, manufactureits own tanks, cars and planes,produce intercontinental ballistic missiles and even place satellites in space. Not a single African country has made any leap in these technologies.

India is another example. Indians are great with technology and build thriving businesses wherever they go. Their average annual household income in USA is $126,000 – double that of whites at $61,000 and higher than ethnic Chinese in USA at $72,000 (blacks do $38,000, Hispanics $46,000). Many aspects of India’s economy are surging but the country has found it difficult to foster the kind of rapid social transformation we see in China. Why?

India’s social brain probably does not work well. It requires many compromises to organise collective action through the state to achieve a small goal.
What then should we expect of multi ethnic African nations without any experience and examples of broad-based business success and/or cutting edge technological innovations?

TODAY I GOT MY DESIRED XMAS LOAN AMOUNT $520,000.00 FROM A RELIABLE AND TRUSTED LOAN COMPANY. IF YOU NEED A LOAN NOW EMAIL CONTACT drbenjaminfinance@gmail.com

Hello, I'm here to testify of how i got my loan from BENJAMIN LOAN FINANCE(drbenjaminfinance@gmail.com) I don't know if you are in need of an urgent loan to pay bills, start business or build a house, they offer all kinds of loan. So feel free to contact Dr. Benjamin Owen he holds all of the information about how to obtain money quickly and painlessly without cost/stress via Email: drbenjaminfinance@gmail.com

Consider all your financial problems tackled and solved ASAP. Share this to help a soul right now THANKS.