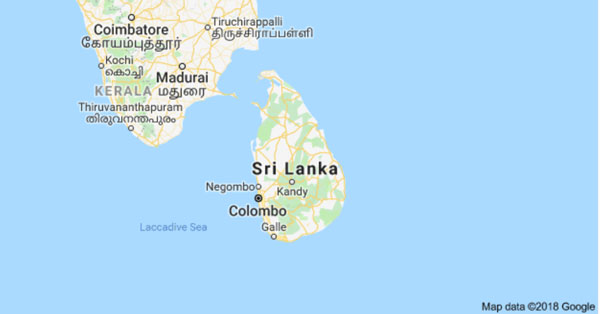 THE LAST WORD | ANDREW M. MWENDA | The news from Sri Lanka is intriguing and confounding both as politics and as economics. Let us begin with its politics. Sri Lanka has, since independence from Britain in 1948, been consistently a liberal-democracy. Only India has that record in South Asia. Elections have always been held and are fairly free and fair. Control of government (the president, prime minister and parliament) has consistently changed hands from incumbent to opposition and back again. True some powerful individuals and families have dominated the politics of Sri Lanka at certain times, but that is the stuff of politics in many democracies.

Immediately after independence, most of Britain’s colonial possessions succumbed to coups, one party or armed insurgent governments. Except for a few small island nations in the Caribbean and Indian Ocean, only Sri Lanka, India and Botswana have sustained liberal democratic institutions. Singapore is another example but most analysts see it as a single party authoritarian system dressed in multiparty garb. This experience has led me to doubt the ability of liberal democracy to work as a turn-key project in any country – which it has never been anyway.

Over the last few months, this successful liberal democracy has been in political turmoil triggered by an economic crisis. Governments – democratic or authoritarian, revolutionary or traditional/conservative – find themselves in political trouble when confronted by economic crisis. The problem with Sri Lanka is that after months demonstrating against scarcity of essential goods and/or their soaring prices, protesters upped the ante. They invaded and occupied the official residence of the president, and invaded and burned down the private residence of the prime minister, forcing both to run to exile and also resign. The army and police did little or nothing to defend the existing constitutional order.

I have always believed that democracies have an inbuilt mechanism of avoiding unconstitutional changes of government. This is especially where they are consolidated i.e. governments have changed hands between incumbents and the opposition severally. In such cases, the public have confidence to uphold constitutionalism. In case of poor performance, voters can wait and punish the leader at the next election. This is not the case in an authoritarian system where elections are rigged and government doesn’t change. In the latter case, the public can only use unconstitutional means to change government when faced by a serious economic crisis.

The president of Sri Lanka who has just been deposed by protesters, Gotabaya Rajapaska, was elected in 2019 by a landslide as an opposition candidate, beating the incumbent, Maithripala Sirisena. True his brother, Mahinda Rajapaska, had been president between 2005 and 2015. Mahinda was defeated in the 2015 election by Sirisena, conceded and went home. It was the failure of Sirisena that brought the Rajapaskas back to power ahead of a popular U-turn. Gotabaya appointed Mahinda as his prime minister.

Economically, Sri Lanka again confounds us. Its per capita income is $4,300 – three times higher than that of Uganda. One could argue that per capita income disguises income inequalities. However, the measure for income distribution is the Gini-coefficient. It measures inequality between zero and one. Assume a country/economy with a population of ten people that produces income of ten dollars per year. If each one of its ten citizens earns one dollar, that is perfect equality (zero inequality). But if all the ten dollars are earned by one person, that is one (perfect inequality). Sri Lanka’s Gini coefficient is 0.39 – among the best in the world.

Since 2005, Sri Lanka seemed to do well. Its economy doubled between 2005 and 2011. Poverty fell from 15% to 7.6%. Capitalisation on its stock market quadrupled. Unemployment fell from 7 to 4%. The World Economic Forum’s  Global Competitiveness Report placed Sri Lanka as 52nd most competitive economy out of 142 countries surveyed. On social indicators, 99% of all the homes of Sri Lanka have electricity. Then 93% have access to clean drinking water and 53% have access to piped water at home. In 2016, the World Giving Index placed Sri Lanka at number five, registering high levels of citizen contentment. Uganda just does not compare.

With a road network of 100,000km of paved roads, it makes Uganda’s 6,000km look a big joke. But Sri Lanka registered a lot of these gains amidst a borrowing binge. Its budget deficit doubled during this period driven by ambitious visions of modernisation. Its main foreign exchange earner has been tourism. When COVID hit, tourism revenues dried out. And Uganda seems headed in similar director if we do not tame our runaway public spending.

Why did Sri Lanka economy run bankrupt and its politics go bonkers? Why did a fast-growing economy equally run out of money? And why didn’t its democratic traditions make its citizens wait for the next election to remove the government but instead resort to mob action? Why didn’t state institutions like the police and the army find it necessary to protect the existing constitutional order? Can anyone imagine what this precedent portends for that country, now that mobs on the street have been given greenlight that they don’t need elections to change government?

There is one outcome I am sure about: things in Sri Lanka are going to get a lot worse, not better. If that country is to improve, it will take long for it to turnaround, and it will do so at a very slow grinding pace. Whoever in the police and military allowed this mob takeover of government will realise – much sooner than later – that whatever their short-term calculations, they have placed their country on slippery slope of mob rule from which it will be very difficult to withdraw. Once a mob has tested power, it becomes very difficult to make them retreat from such actions.

Politicians are power maximising entrepreneurs. Knowing that power comes from the mob, the next leaders of the country will find it hard to do what is fiscally right. They will do what pleases the mob. Once that pattern sets in, we are likely to see a besieged state where every government, subject to mob pressure, panders to mob feelings and implements disastrous redistributive policies. The right solutions out of the current economic crisis cannot be easy fixes as the mob wants and will demand. So, the tenure of politicians will be short because they will not be able to fulfill the mob’s demands. Hence, every politician will seek to grab as much as possible before they get kicked out. Loot will rule.

Posted by Independent UG at 9:12 AM