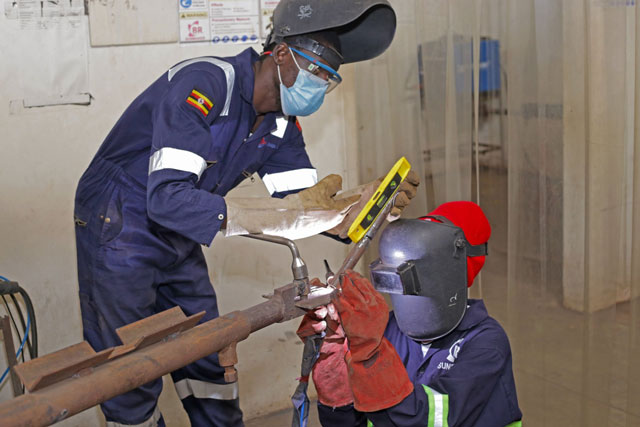 How low levels of skill impact our nation’s ambitions in government, private sector and our homes

THE LAST WORD | ANDREW M. MWENDA | A friend has lived in America for the last 15 years, having left the country in her early twenties. Before, during and after her graduate studies, she worked in private companies in America and international organisations around the world but mostly in Washington DC. Thanks to COVID, she has been able to come live and work from Kampala even though her office is in DC, via zoom. But it has also been a tough period of adjustment for her. Most of the people she has had to work with have frustrated her to exhaustion.

She fired her first housekeeper within a month because she was slow and incompetent. She is now on her third. Her personal assistant was the same and now she in on a fourth and still dissatisfied. She hired someone to redesign her garden, who took her money, did a shoddy job and then disappeared. The second gardener delivered materials, did little work and disappeared on the first payment. The third gardener she has now engaged often does not pick her calls, makes appointments but shows up late and never meets his commitments as promised. The plumbers, electricians and masons she has called to fix the myriad problems left by her contractor in her house have been just as frustrating. The only person she is satisfied with is her driver who keeps time and drives well.

My friend has been under constant frustration because for most of her time as an adult, and all her working life, she has lived and worked in development countries. These countries have high levels of human capital. And human capital is much more than years spent at school to acquire formal skills. It also involves experience, buttressed by pressure of the environment which leads to the development of values, attitudes and mentalities that foster hard work, passion to achieve set objectives all leading to high levels of labour productivity. This is partly because labour in rich countries is expensive. Therefore, companies and organisations need one person to produce more and more (high levels of marginal productivity of labour i.e. high output per extra unit of labour input).

From the beginning I advised my friend to be tolerant and patient with the people she was working with. I told her that Uganda has low levels of human skill even in mundane tasks. And because we have a very young population (the median age is 16 years), we do not have a large number of people with formal skills backed by years of experience to do jobs well. Working with Ugandans requires a lot patience to train them to gain the competences you seek.

With time, and under rigorous and relentless pressure, many people improve their skills, attitudes and values. They begin to honour commitments, keep time, work hard and not invent excuses to explain their failures. They seek perfection in what they do.

Initially, my friend would retort to my advice by saying I have become complacent. Once, she said she was not surprised I am no longer as critic of President Yoweri Museveni as I used to be. “You have become very Ugandan,” she once told me, “Now you accept mediocrity and then rationalise it.”

I told her that I have grown older and more experienced and reflective. I have run companies and learnt from my mistakes. I told her a story of one of my staff whose competences she admires. Initially, I threatened to fire him eleven times. He was saved by others among my senior management who kept asking me to give him a second chance. It turned into eleven chances. When I see him doing an excellent job today, I wonder how much we would have lost had I had my way.

In his 1996 manifesto, which I believe is the best Museveni ever wrote, the president deals with his problem. He says that a leader in our context suffers the disadvantage of dealing with inexperienced staff. He/she has, therefore, to adjust his ambitions to be consistent with the realities. Working closely with President Paul Kagame of Rwanda sunk this message home. He has big dreams for Rwanda. But he is constantly frustrated by the inability of his staff to deliver even small and obvious things. There is a famous video clip where him and I clash on this point; he expressing his frustrations and me saying he is being unfair to his staff.

It is here that I find Ugandan intellectuals (and African intellectuals) seriously limited in their analysis of our problems. This is especially intriguing because what I am saying is a reality we all live in and suffer daily. We cannot change our human capital overnight. It takes years or even generations to train highly skilled and experienced staff. And when such a person in government or a private company gains high levels of competence, international development organisations (World Bank, IMF, ADB, UNDP etc.) or multinational corporations snatch him/her. Why? Because the government of a poor country just cannot compete with these organisations and corporations in both prestige and salaries.

Ugandan journalists are most vocal in criticising government for the incompetence of its police, teachers, medical workers, name it. But read any newspaper in Uganda including this, The Independent. It is difficult to find a single sentence without a grammatical or factual error, spelling or punctuation mistake, etc. Watch any television newscast and a similar experience stares you in the eye. Then listen to or watch our most loved radio and television shows. The host and panelists make little effort to be factually informed and barely add any meaningful or novel intellectual insight into the issue.

I always tell my fellow journalists to avoid the holier than thou attitude. They accuse me of whataboutism. I have written a column on this issue of whataboutism before. Since most of our journalists are nominally Christian, I tell them the statement by Jesus Christ in Chapter Seven verse One in the book of Mathew. He asked why one would seek to remove a speck from a friend’s eye when they have a log in their own? The point is that the weaknesses we see in the state do not originate from its disinterest in serving the citizens well – that would be a small part. The bigger issue is that our country has low levels of human capital. Most people lack skills, experience, values, attitudes and mentalities to do a good job.

Posted by Independent UG at 1:23 AM